One year ago, Iranian General Qasem Soleimani was killed in Baghdad. A somewhat weird memorial erected in Lebanon shows the moment a missile hit the SUV carrying the head of the Iranian Revolutionary Guard’s Quds […]

The post Memorial for Qassem Soleimani Erected in Lebanon Depicts The Moment His SUV Was Hit By A Drone Missile appeared first on The Aviationist. 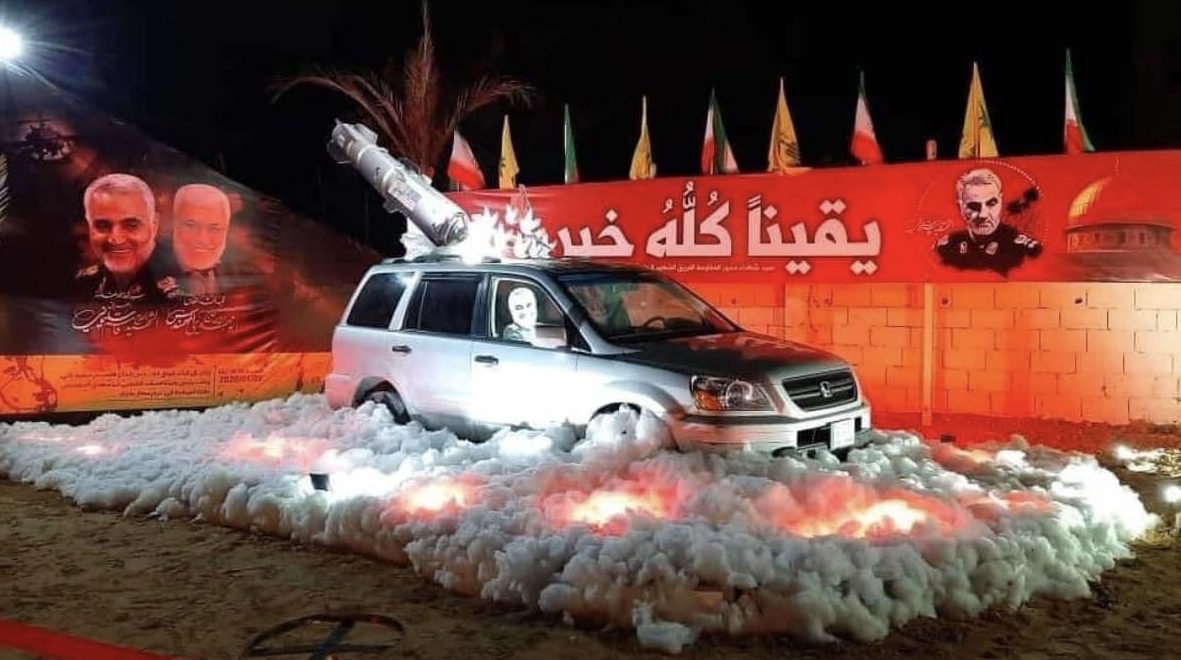